Using “Save As…” to navigate the creative maze 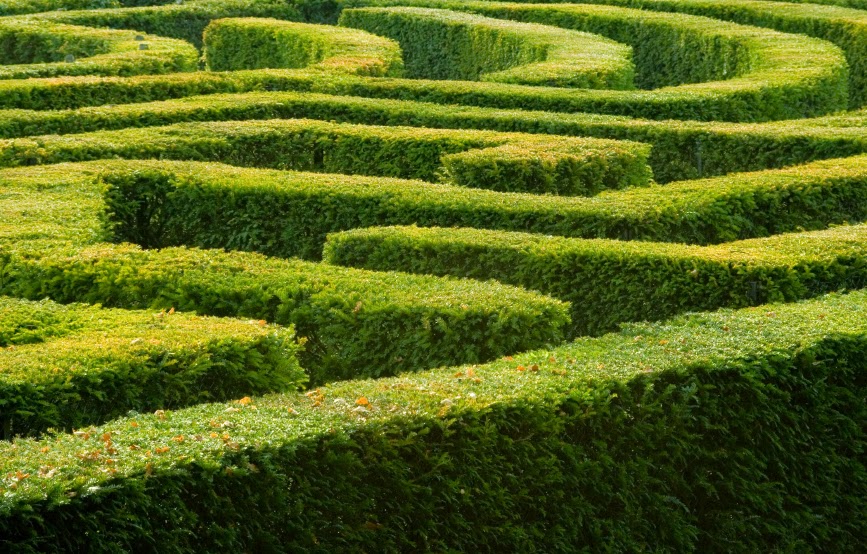 Developing creative ideas is not a steady linear progression of refining ideas to make something gradually better and better. Quite the opposite, in fact. The creative process is something more akin to a navigating a maze. If you mentally prepare yourself for a few wrong turns at the start, you’re more likely to reach the end.

The creative process is an emotional journey, because you’re looking for what “feels” right. There are no absolute rights and wrongs – you’re ultimately drawing on your own personal aesthetic judgement to determine the right approach.

And this is why being creative can be so emotionally draining. In his recent book, Creativity Inc, Ed Catmull, cofounder of Pixar Animation Studios, explains how important it is to remember that you are not your ideas. Creatives should not take criticism of their work personally. But this is easier said than done, because in a sense, your ideas are you, or at least, an extension of you.

Parents often take criticism of their children very personally because they know they share the same DNA. It is much the same with our creative ideas. We pour our personality, our humour, our sense of identity into our ideas. Their quirks are our quirks. Their shortcoming are our shortcomings. But of course, Ed Catmull is right. As personal as our ideas may be, If we identify too closely with them, we may become blind to their shortcomings, and they can lead us down a blind alley as a result.

And that brings us back to our maze. As you navigate a maze, you have a sense of where the exit is. But while many paths appear to be heading in the right direction, most will lead you round in circles, or to a dead end. That dead end may be so tantalisingly close to the exit, that you can even see it. But as close as the exit may be, you’re going to need to do a lot of backtracking to return to the correct path.

Whatever you’re working on creatively, it’s never just a single idea. Any creative endeavour is comprised of many different synergistic ideas. And even if most of these ideas are great, it takes just one bad one to let the whole thing down. That’s because each idea builds upon the last. In the same way, navigating a maze involves many choices of which path to take, and an early wrong turn can undermine every subsequent decision you make. That’s why, even as you get close to the exit, you may never actually reach it.

Ideally, when we make such a wrong turn, we quickly recognise what we’ve done and turn back before we invest too much time pursuing the wrong path. But of course, it’s not that easy, not only because the path initially looks like a promising one, but also because two traps its easy to get caught in: emotional investment and confirmation bias.

The longer you spend pursuing one particular path, the more emotionally invested you become in that path. When I was a designer, I’d often spend an entire day trying to make a layout work, and getting nowhere. The next morning, I’d go into work and pick up where I left off. Rather than trying a new approach, I’d continue trying to make the old approach work, because otherwise I’d have to acknowledge that I’d wasted the whole previous day in a blind alley.

The most famous example of this is what has become known as Concorde fallacy. The French and British governments invested in fortune in developing the worlds first and only supersonic passenger aircraft – even after it become clear that it would go massively over budget and never be commercially viable. The problem was that they had invested so much in it that it became politically impossible to write off these sunk costs.

Similarly, when we’re building our creative work on top of conceptually flawed foundations, we’ll sometimes do anything we can to avoid acknowledging this to ourselves because it means we’ve wasted a lot of time. And this is where confirmation bias kicks in. This is our naturally tendency to notice all the evidence that supports our point of view, and ignore all other evidence to the contrary.

This is like reaching a dead end in the maze, but refusing to turn back because you can see the exit over the wall, even though on some level you know the path you’re on will never actually take you there.

So what is the solution?

Firstly, it’s important to acknowledge that creativity is a process of exploration, and as such it is not only inevitable that you’ll take a few wrong turns. It is also absolutely necessary. If you don’t allow yourself to take wrong turns, you’ll end up with writers block or blank canvas syndrome, where you become immobilised and incapable of embarking on a creative undertaking.

So wrong turns are in fact a part of the journey. Something to be anticipated, and even enjoyed. After all, a little detour can be scenic and fun. The trick is not to waste too much time on them, and to be able to quickly retrace your steps and get back onto the right path.

Keeping a previous version of your work, makes it feel less risking to start experimenting again, freeing yourself from the constrains of emotional investment. It’s like leaving a breadcrumb trail in the maze, so you can retrace your steps. By saving as, and then working on a copy, you feel free to delete and amend substantially, knowing you can always retrace your steps and get back to where you were if it doesn’t work out.

When I “save as” on a creative project, I always believe at the time that I’m going to need to return to the earlier version, and yet in practice I rarely do. Over the years, I’ve learned to manage myself in this way – effectively playing a little mind game on myself.

Save as… may seem like a fairly unimportant feature in most software packages, hidden away under the file menu. But used in the right way, it’s one of the most powerful tools in the creative toolbox. One that is sure to lead you out of the most challenging creatives mazes.